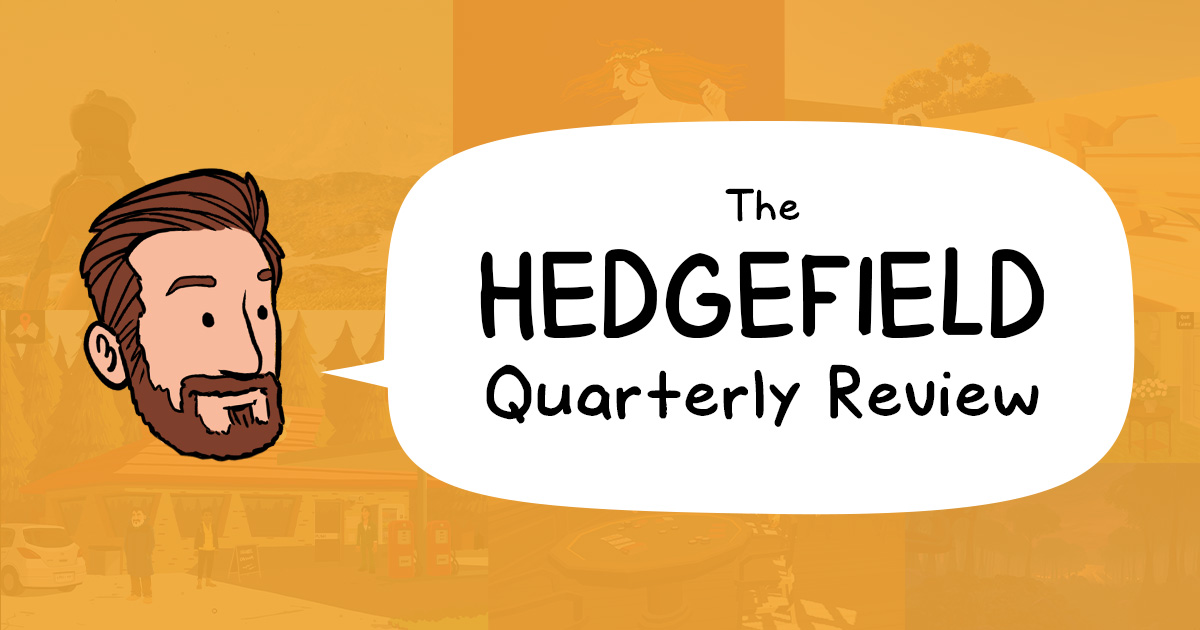 The last quarter of the year is usually a busy one, so let’s get right into it.

At Immer we were working hard on new update. 1.8 added support for images, tables, and footnotes, but I mostly concerned myself with redesigning the colors for the reader. But this was just a step-up to 1.9, which featured an entirely new discovery section with lists and search. This was my focus the past few weeks, and it makes it so much easier to browse the thousands of new books available with this version.

In other work-for-hire news, I helped Recharge draw the speakers of a weeklong event and the key takeaways from their talks. I was also contacted by a public speaker whose portrait I drew years ago at another conference to design a t-shirt for his brand. I’ve never dealt with clothing before, so this was a fun adventure. We went back and forth to design the layout, it’s an intricate tapestry of all kinds of elements from his talks and social media presence. Putting it together was quite a puzzle, but it turned out pretty cool I think!

Meanwhile, I went down a rabbit hole on 3D foliage optimization in my game Wanderwoods. Rendering a large forest is not easy on the ol’ graphics card, it turns out. I set up the Vegetation Engine plugin paired with Amplify Imposters to really go to town on batching and simplifying the tree meshes. It was easier than I expected, though still a lot of busywork, but the result is very good; Trees look fine from a distance, lighting still works well on them, but performance is dramatically improved.

I also continued chipping away at my new game prototype. I don’t know if I mentioned the concept previously, but it’s a third-person art thief stealth game. It’s been fun to add new features like throwing objects and more, but in the back of my mind I started seeing some obstacles, 3D art being the foremost. Greyboxing is well and good for this phase, but at some point this thing is going to need to look better in order to pitch it to publishers. And I’m no star at 3D modelling, nor do I have the funds currently to hire someone. Plus, managing all aspects of the development process started to feel a bit overwhelming. So all in all things were taking longer than I’d like.

At this time I came across a job opening for another indie game on Twitter. It was a temporary remote contract on a beautiful little first-person exploration game, and I thought this might be perfect to get more experience working in a small team on a similarly-scoped game. I wondered whether this was a smart preparation step before tackling my own project, or whether I was running from it, but I chose to go with the former explanation.

I had a nice interview, but unfortunately they went with someone else in the end. During the interview I showed an old game of mine, The House On Holland Hill, which was the closest in style and mechanics to what they were building. But when I replayed that game, it felt dated. It looked pretty basic, performance wasn’t great, I wasn’t too happy with it. This is still my favorite project, and the most complete ‘game’ that I have out there.

So, I made a decision to remaster the game. I had learned a lot in the meantime, and decided to apply it. Of course, this opened up a can of worms, aka my old idea archive, and the remaster kind of grew into a director’s cut kind of deal. And I figured that if I was going to put in that kind of work, I might as well take it all the way to Steam, the premier PC games marketplace. I’d previously always posted my games on itch.io because it was easy, free, and I liked the vibe of the games available there. But Steam, Steam is the big leagues. And again, I figured “this is a good preparation for your big game project”.

I expect I’ll be working on this through the end of the year, and hopefully releasing somewhere in Q1 2022. Stay tuned for more info!