Quite the remarkable day this has been – I actually did everything I promised I would do today! In part I think I can thank the realisation that I pretty much only have today and tomorrow to finish the game(!) as the weekend is going to be a bit chaotic (Queens Day festivities in Holland and my dad and uncle’s birthdays). Though there has been talk of extending the deadline to next week, so that would be excellent.

The gods of productivity didn’t take it easy on me neither, bombarding me with emails all afternoon. But I powered through it and got a lot done. I think it was a good idea to start with the turnaround for the barista. Drawing cute girls is always a nice motivator haha. By lunchtime all the characters were done!

In the evening I finally cracked my knuckles and started on the final puzzle. It was a beast of a thing to script, what with 25 different variations, but I was surprised to find I had managed to code the entire framework into a pretty much fully working state in one go without running the game inbetween. I expected to have a lot more trouble with it. But those issues will probably come to light during the playtesting… 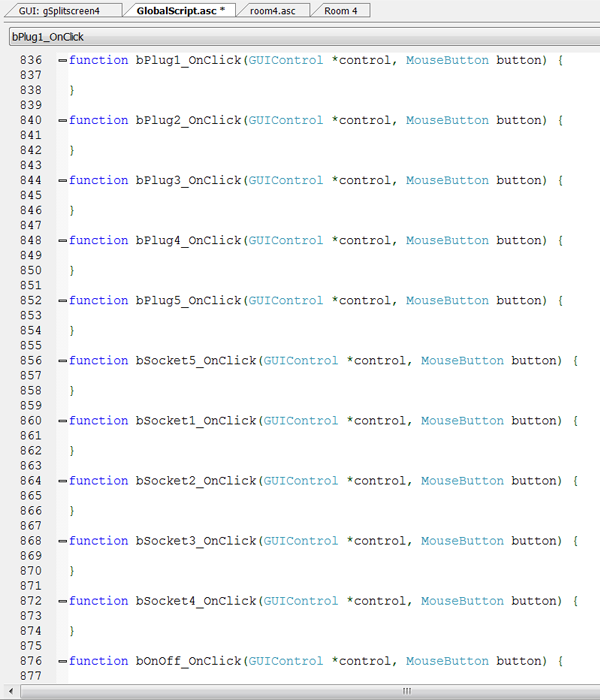 With 25 abstract system states in the pocket, it was then time to create the graphics for it. Which meant drawing lots, and lots, of wires. 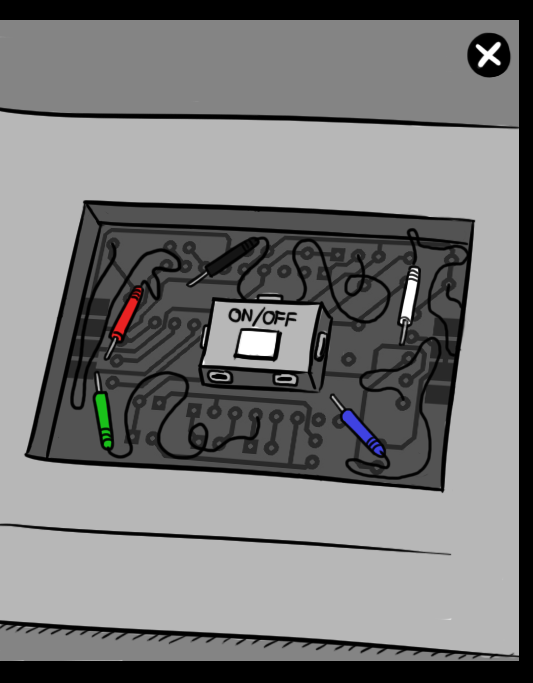 So what’s left for tomorrow is to script the connecting part of the final puzzle and the ending, do some hardcore animating and go through the whole game fixing walkbehinds and walkto points and such. A lot, but doable!

p.s. Let me tell you, Lux Aeterna is a great song to play while you’re doing some intense, constantly-scrolling-back-and-forth coding in the Global script.