So last week we wrapped up the school project we’ve been working on for the past two months. It’s called Overleven op Drakeneiland (survive on Dragon Island), and it’s a cardgame based off a well-known children’s books series here in Holland.

Drakeneiland is set on an island off the coast of Greece where difficult children from Holland are sent after they do something bad. The island is completely devoid of adults, so the children have to maintain a society of their own, where everyone contributes to the greater good. It’s very Lord of the Flies, without all the violence. 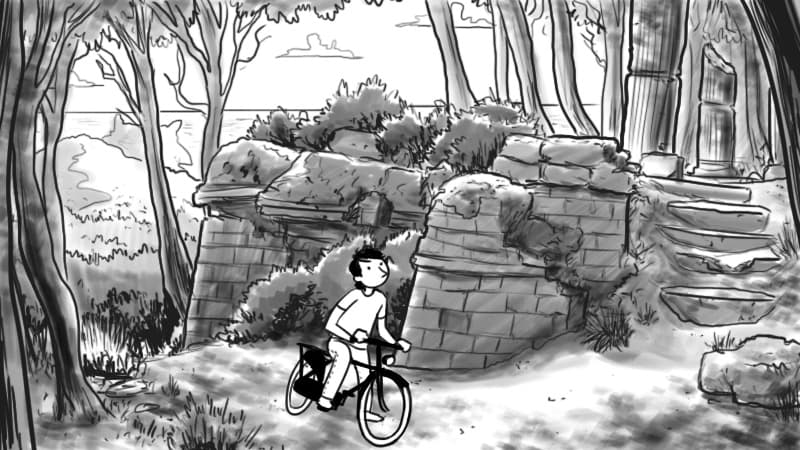 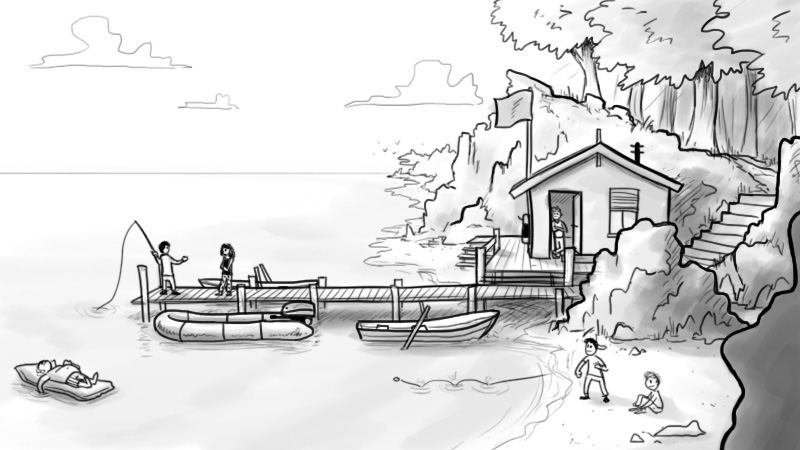 Writer Lydia Rood wanted a game to accompany her books that would explore a different side of the franchise. It had to be an expanded universe thing, so we couldn’t recreate one of the books as an adventure game for example. But since the books deal mostly with social interaction, we decided a roleplaying cardgame was the perfect solution. A physical game would be much more fun to play for the target audience aswell (kids between the age of 8 and 10). 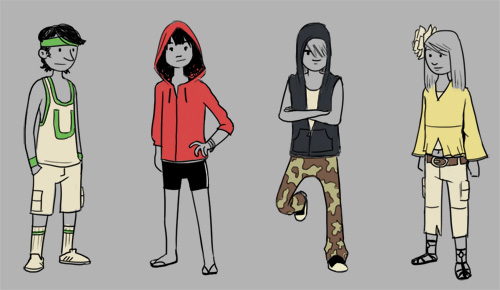 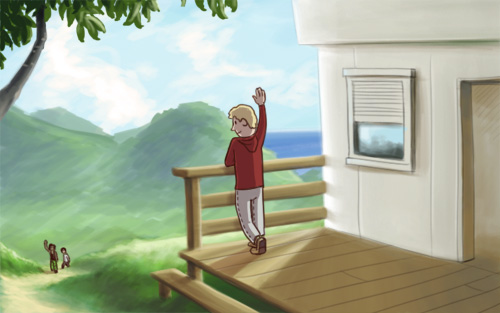 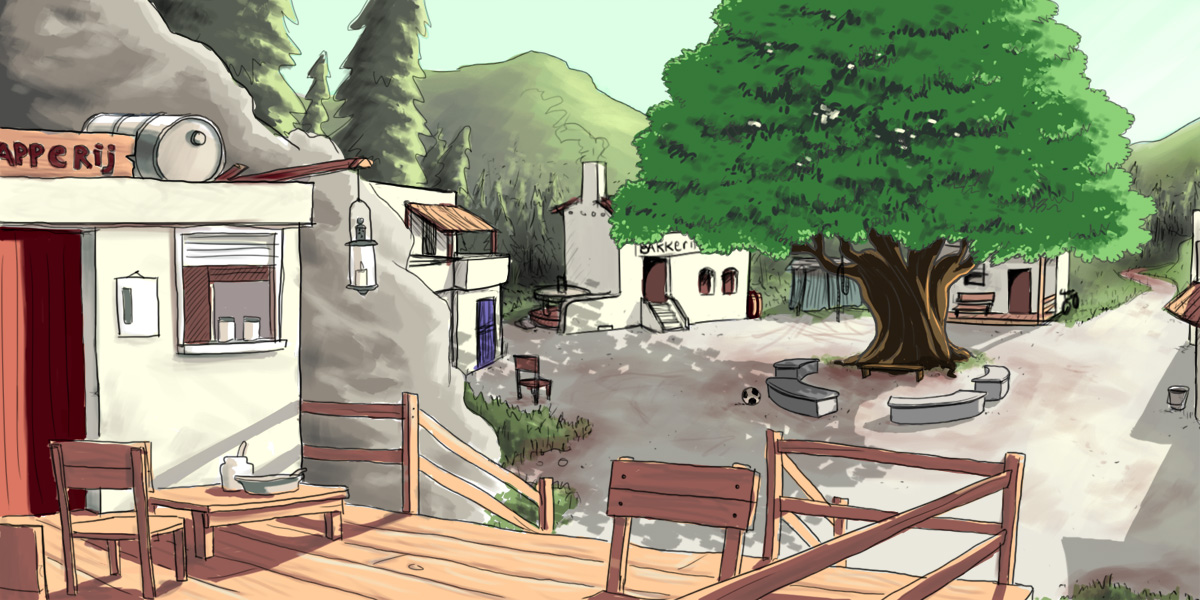 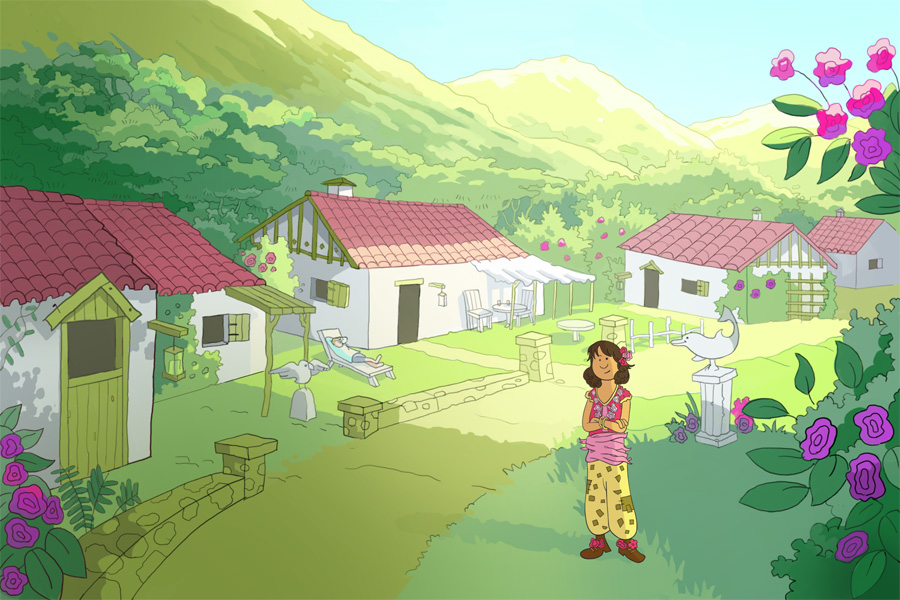 After a lot of research into Greccian architecture, nature, clothing and different visual styles, balancing the cards and a lot of playtesting, we produced a working prototype. 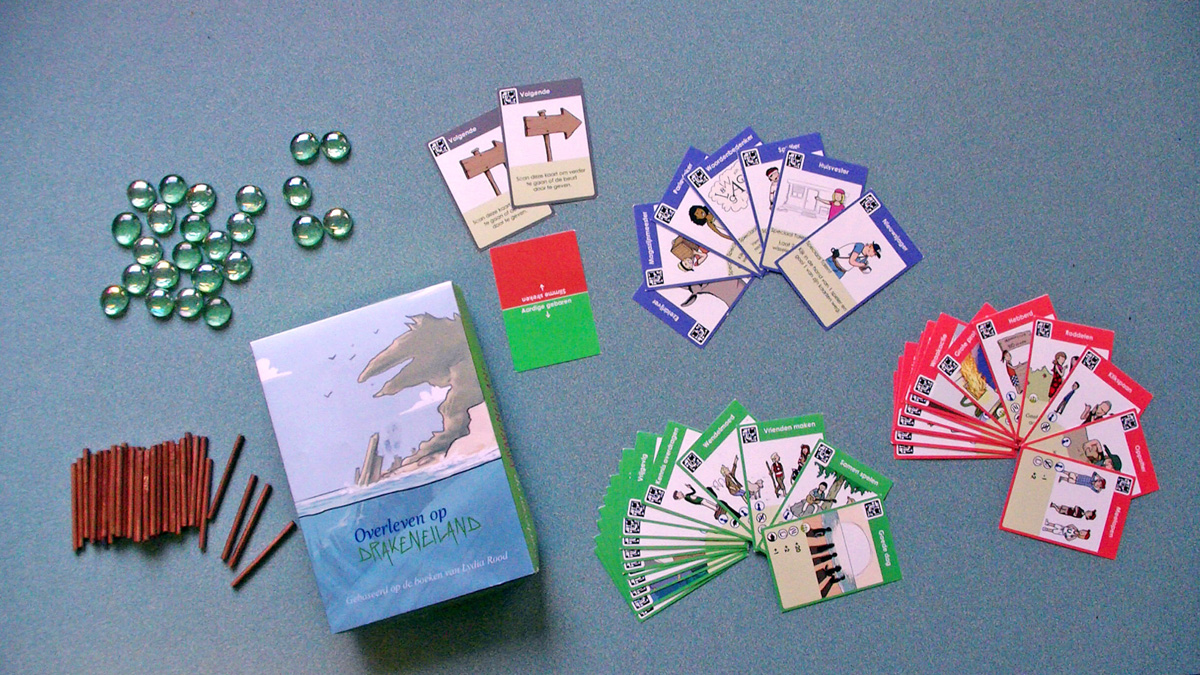 It consists of a deck of cards, money (the copper sticks) and points (the shiny gems). The deck consists of three different types of cards: blue cards, which signify a profession with a special talent each players has to pick at the start of the game, and green and red cards, which respectively have a good or a bad influence on the game. With these cards you have to collect as many of the shiny gems as you can, and you pay for the cards with the copper sticks.

In addition to that, we built a digital companion in Adobe AIR, that scans each card and tracks player stats like karma and number of points. Each profession has it’s own iconic backdrop in there aswell. This allowed us to put more detail into the artwork there that we could not put in the playing cards, because we wanted to keep those as iconic and easy to understand as possible. We use a lot of icons throughout the game anyway, to avoid long blocks of text. 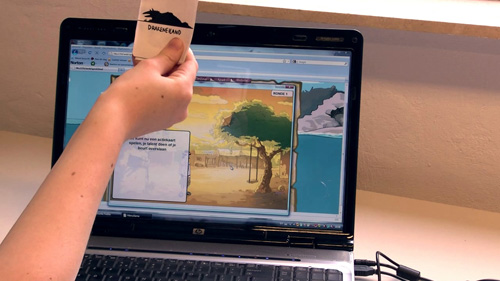 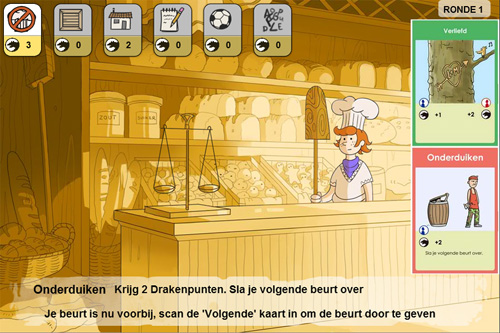 I designed all the playing cards and their illustrations, and my colleague was responsible for the digital companion. This allowed us to put more detail into the companion to complement the iconic simplicity of the cards.

Reactions were very positive, both from the kids and the client alike. In the end we found that no matter what age players were, they all had the same learning curve, and all had the same enjoyable experience.

The client was so pleased infact that they want to sit down with us after the summer vacation to discuss how we can get this product on the market! So expect to be hearing more about this soon…