Amidst calling plumbers and garages and landlords, I returned to porting my Fawlty Towers game to Unity. An update in the Adventure Creator package made it much easier to work with the built-in Unity 2D stuff – especially the Polygonal navmesh feature, which allows me to map out where the characters can walk by drawing a shape, a galactic improvement over using a bunch of rectangular to map out the area.

Navmesh rectangles vs a polygonal navmesh:

The sensible thing to do would be perhaps to work more on Black Feather Forest (which I did do some GUI design for), but seeing the Monty Python Ministry of Silly Walks game appear in the App Store, with narration by John Cleese (meaning he condones it) made me hopeful he might look kindly upon my Fawlty Towers game aswell, so I felt the breeze of my attention go in that direction presently. Also because the scope of that game is so compact that it could realistically be finished in a sprint or two.

I also completed Wolfenstein The New Order which is rad.

Week 32 and 33 were quietly productive, not that much to write about.

I launched a webshop with Society6! Selling prints of my artwork is something I’ve wanted to do for a while and it was surprisingly easy to set up actually. Though not all of my artwork is nescessarily useful to serve as a print, because when I paint freely I usually don’t think about the resolution. So maybe I’ll make artwork specifically designed for print now. If you have any suggestions or requests let me know in the comments!

Other than that I continued work on the site mascots – finished one and iterated on the other. Fawlty Towers was also in the mix the past two weeks, with more and more graphics slotting into place. Last week it was mostly deferred in favor of working on an update to the Putin dressup game. I made a bunch of new items that should show up sometime soon. Going back to an old project is often somehow soothing, like “I know how to do this” – the process is fleshed out, the idea is fully formed, so it’s comfortable to produce extra content.

I also did more writing on my detective concept. I’ve played most of the games that speak to the same aesthetic but it feels like there ought to be more out there. If you know any good obscure detective games, let me know in the comments.

One great game I played during the writing phase was Detective Grimoire, available on just about everything. It’s a small game but it has a great story and it knows exactly how it wants to tell it. There are no excess features or distracting things, and that makes it one of the best mystery-solving games I’ve played in a while. Very cool to collect all the clues and eventually form the theory yourself. Highly recommended.

Last week I branched out a bit and did some video editing for a friend’s relative. She breeds show dogs and wanted a showreel for a new dog she got. I wasn’t initially keen to do it but it paid and upon further inspection didn’t seem like too much work, and I’m glad I accepted, because it was a nice example of how you can make someone really happy with something you made. With two hours of work that were in equal parts productive for me learning how to use Premiere Pro and the video getting made the woman was almost moved to tears. It reminds you that your work doesn’t always have to be high art in order to have people enjoy it. It’s something that you forget sometimes.

On tuesday we launched the webgame I’ve been making assets for the past few weeks. It took a while to sink in that it was really done now but it seems to be doing well, with the creations in the gallery blowing up exponentially every day.
You can check it out at putingaydressup.com.

Strengthened by the boost of energy from completing things, I worked on my Fawlty Towers project the rest of the week. Working on games creates its own motivation because you engage your brain on so many fronts – visual, logical, problem solving. At some points I felt my mental capacity stretched to its maximum by trying to remember the structure between five open scripts and what I was trying to achieve across all of them; it’s a feeling I haven’t felt in a while.

On thursday I tagged along with my girlfriend to her admittance exam for an art school in Utrecht. It felt nice to be back in that kind of atmosphere. Even the wi-fi connected automatically because the password was still somewhere deep in my iPhone from my own time there. There was a sense of solidarity that you don’t soon find outside of an art school setting. But at the same time I was glad I could walk out of there at the end of the day and get back to doing my own thing.

At the same time as working on the Fawlty Towers game I’m trying to build the same thing in Unity using Adventure Creator. I can’t give enough props to Chris who works tirelessly on making it an awesome plugin, and I finally got things to the point where I feel I can do the same things with it as I can in Adventure Game Studio (although not as fast). It’s an exciting prospect to be working resolution-independently and cross-platform soon.

Week 3 wasnt very interesting so I skipped it. Last week I’ve mostly been working on my Fawlty Towers game. I discovered some cool optimalizations I could do code-wise, and I polished some of the puzzles I implemented so far. The game is pretty playable already so I think I’ll work to finish this one soon.

Other than that I kept trucking along with the thesis artwork assignment. We’re down to the last batch now so I think I can wrap this up by the end of the month. 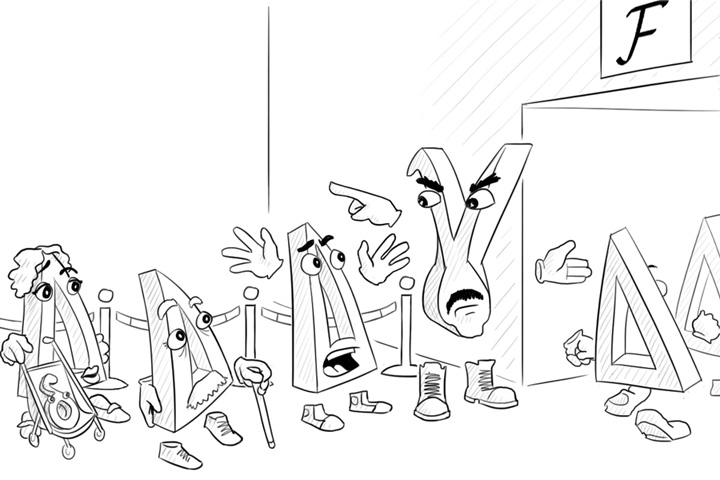 I’ve noticed that time seems to be flying by too quickly. Without a commute and colleagues it gets hard to tell the days apart. So to become more concious about working hours etc I installed Breaker, an app that keeps track of work cycles (like every 45 minutes for instance) and alerts me to take a short break when one is over. It really helps to brings some structure to my day.
To that end I’ve also moved my desk away from my wall to face outside, so I have a view and can also keep track of the time of day better.

On friday I played Gone Home by Fullbright. I’ve been excited by this environmental storytelling game since I heard about it through the Idle Thumbs podcast, and it definitely lived up to my expectations. It was very cool to play it in one sitting with headphones as it was dark and raining outside. Recommended if you enjoy good stories and dark basements.