This is a weekly recap of the goings-on in my professional life – to keep track of what I’m doing and to give you a peek at what it’s like being an indie.

This is the first week where I felt like I am no longer incapable of sitting alone for days to just work. Right after I quit my office job I had a hard time sitting still and not going places and seeing people. It made me kind of homesick for being able to work comfortably in solitude. I think I’ve struck a good balance now where my days do not become monotonous, yet I can turn off my phone for a day or two and get down into it.

Last saturday I swung by the INDIGO dutch games expo to meet up with some old friends and check out what everybody was up to. Every year they have some really cool indie games on the show floor, and talking and having beers with all the people afterwards reinvigorated my passion for game development. We also celebrated that my pals at Game Oven were awarded a sizeable grant by Gamefonds towards developing their next game.

On Monday my friend Adriaan from Game Oven called me up and asked me to do the art for a small game based on Miley Cyrus. We talked before about doing some small, news-relevant games, and Adriaan found some guys who were thinking the same thing and had some money to throw at it to boot. It’s a very silly project but it had a very gamejam-y feeling which I liked, just coming up with things on the fly and polishing it later. We’re finishing the game up this week so I’ll be able to link to it soon.

On tuesday I went to help some friends move. I had to be there at 8 AM, which meant getting up at 6:30. Crawling out of bed and jumping in the shower while it was still dark outside and then heading out into the cold gave me flashbacks of having an office job, and I felt so thankful that I don’t have to go through that every morning anymore. The knowledge that it was a one-off thing eventually made it quite enjoyable and I didn’t feel tired at all. My friends and I talked previously about how nice it would be to have one day a week for doing some manual labor in the open air. It puts you back in touch with the world. 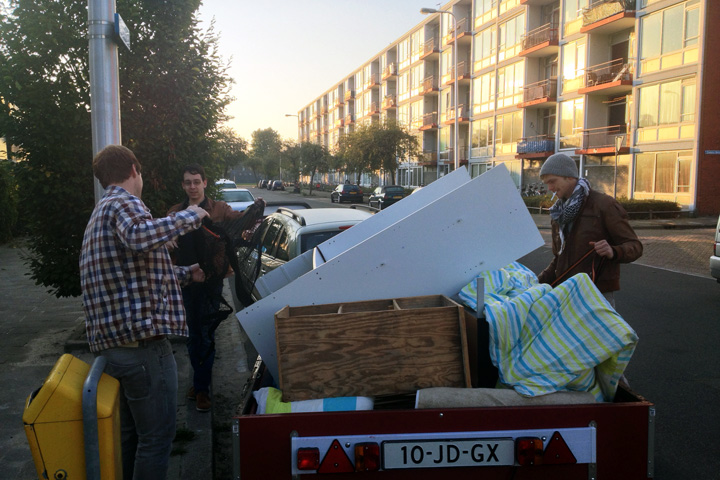 On wednesday I inked the Off-stage page that I couldn’t complete due to other projects on Monday.

Thursdaymorning I met up with Anne Bras and Misja van Laatum (and Hessel van Hoorn in spirit) to discuss the revival of our graduation project Trusted Soil. We had built a demo and had big plans for the story and tech, but we never got around to it. Now that we all have some time to spare we decided to try and make it a full commerial game. Expect to hear more about that in the coming months.
We met at The Park Plaza restaurant in Amsterdam, which is in the Victoria Hotel across from Central Station and a great place to sit quietly and work, so I stayed behind to do some writing for a bit. I considered going to the Unity meetup that evening but decided to hang out at home with friends. 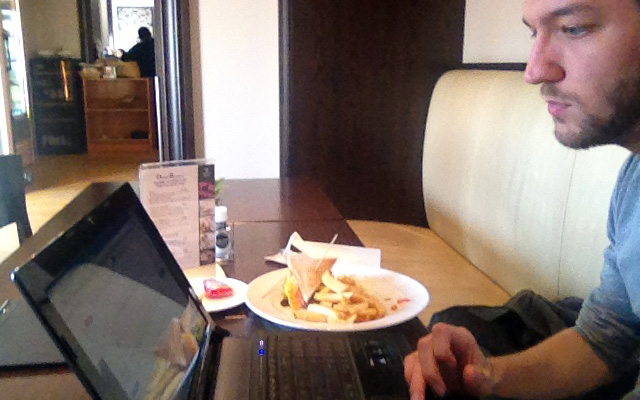 On friday I trekked down to The Hague to pay a visit to my old buddies at Paladin Studios. I distracted them from work for a few hours to see what they were up to and exchanged indie experiences with a freelance programmer who was also visiting. It’s cool to see their games all having a recognizeable unified style now. There are interesting things coming out of that studio real soon, keep an eye out.

On saturday I did some more polishing for the Miley game, and made a few mockups for an interactive ebook app that Niels ‘t Hooft is developing.