On monday I swung by the Gamesys office here in Amsterdam to work on the assets for the game we’re making. I managed to up the catalog of items from 6 to 36 by the end of the afternoon so we made good progress. Their office is right in the middle of the Red Light district, so it feels a little strange walking into the building when all the neighbouring buildings have red windows. And I forgot my laptop charger when I started for home so I got to walk through there twice…

On tuesday I was back in the Game Oven office to film the first production diary for the unannounced game. That should be going online pretty soon so then I can finally talk about what’s going on. On wednesday I was in the building again for the Dutch Game Garden networking lunch where we demo’d the Sinterklaas game we made last weekend. Also caught up with some of my old classmates. 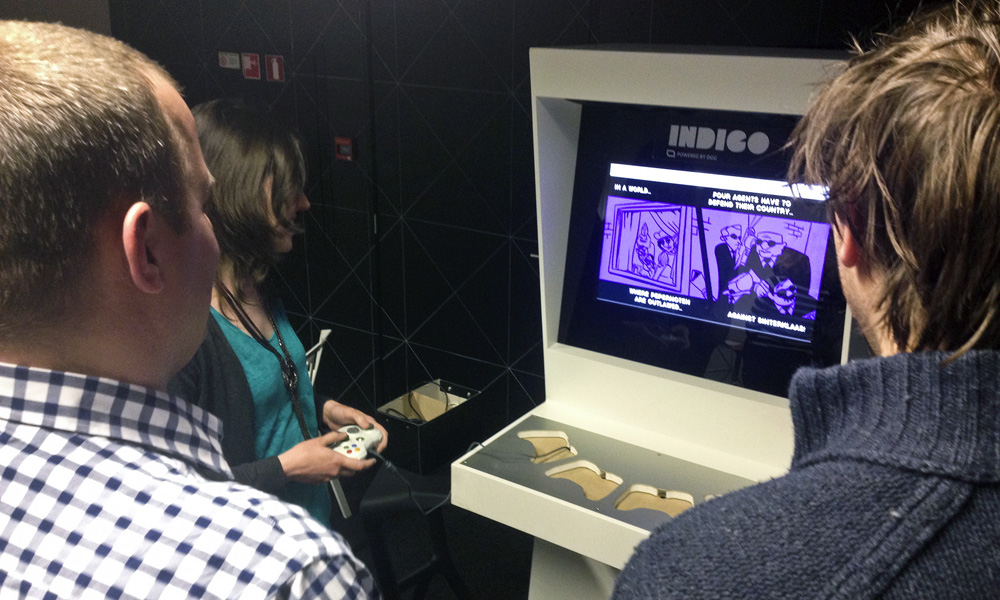 Thursday was the first day in a week that I could sit down at home again for my other projects. I caught up inking Off-stage, and spent too much time figuring out why the site was only displaying the new version when I adjusted the zoom level of the browser. Turned out it was some dumb WordPress CDN feature. I kinda liked the effect though, might be worth making that a feature of the site.

During the week I also sort of wrecked my Intuos4 pen. It still works but it’s all ductaped up, no good. I wanted to grab the new Intuos Pro right from the store but this model was 350! Thankfully with my comapny’s VAT number I managed to get it for 250 online. It came in on saturday right before I left for Utrecht to celebrate Sinterklaas with my family. For my dad I made a cardboard Xenomorph head as a gift container, and I like how it turned out (considering I started on it two days before). A ‘gezellig’ weekend was had!