I know I said I would work on the Fawlty Towers game, but shortly after that I saw a call for submissions from INDIGO, a dutch games convention put on by the Dutch Game Garden, and it is in association with the Dutch Film Festival. So that put a revision on Black Feather Forest at number one on the todo list. Niels once described the script of BFF as being very filmic, so that makes this a good crossover venue to show the game.

Besides that I set up the new version of Trusted Soil, my graduation project with Anne Bras, in Adventure Game Studio. Having worked with Unity exclusively for a while now had made me forget how easy it is to get something basic up and running in AGS. With a bit of luck I can copy a lot of code from the original demo over to this version.

Anne and I decided a while ago to make the full version of Trusted Soil (read more about it here) and try to sell it on Steam. We’re doing it in Lucasarts pixel-art style now, and I’m concerning myself full with the programming side. For that reason we attracted Misja van Laatum (artist on Indiana Jones and The Fountain Of Youth) for the backgrounds, and Molly Carroll (recent HKU graduate) to do the animations. 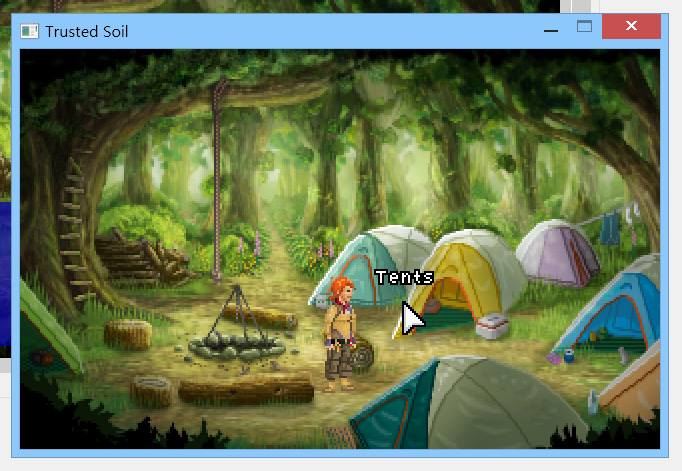